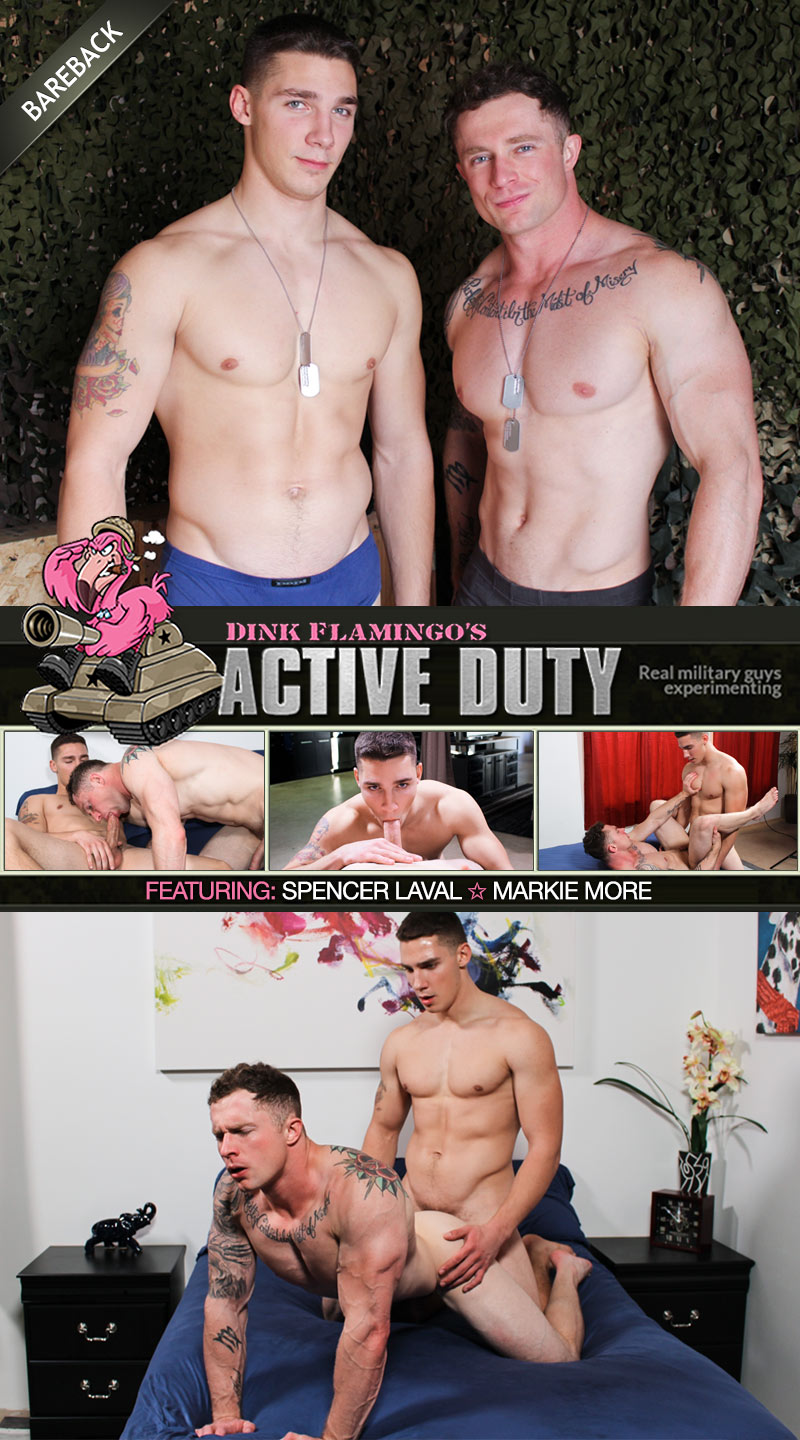 Markie was eager to get this scene going so we let him go at and he wrapped his mouth around Spencer's big dick with a quickness never seen before. He started deep throating him while stroking his own dick. Spencer couldn't believe the sensation he was feeling and his dick was rock hard as Markie kept sucking every inch of that shaft. They both continued to swap back and forth seeing who could give the best BJ but Markie wanted to be fucked by this young buck and Spencer was ready for it.

Markie bent his smooth ass over and let Spencer slowly push into his tight hole stretching it out and once he was balls deep Spencer started pounding that tight ass. Markie loves to be fucked hard and it has been awhile since he got some AD cock. Spencer kept on thrusting deep and hard into Markie's tight ass making him moan with pleasure and extreme enjoyment. Spencer flipped him over and spread his legs wide as Markie looked up at him stroking his hard cock.

Spencer's hard dick keeps going in and out as every inch is buried deep inside Markie. Markie couldn't hold back any longer and as he was stroking his hard cock his nut came blasting out all over himself with Spencer's dick still inside him. Spencer pulled his cock out and stroked his creamy nut all over Markie's ripped chest.